Archive of all general news items

BweyHteePaw reading with translation into Burmese

BweyHteePaw reading with translation into Burmese 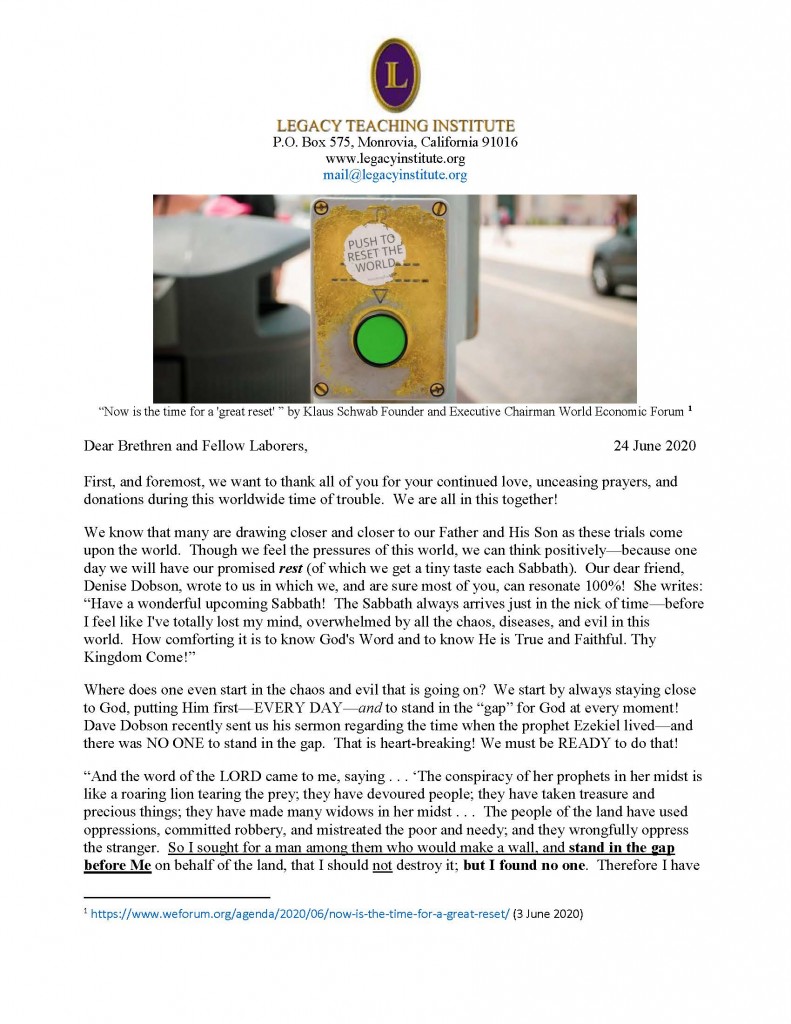 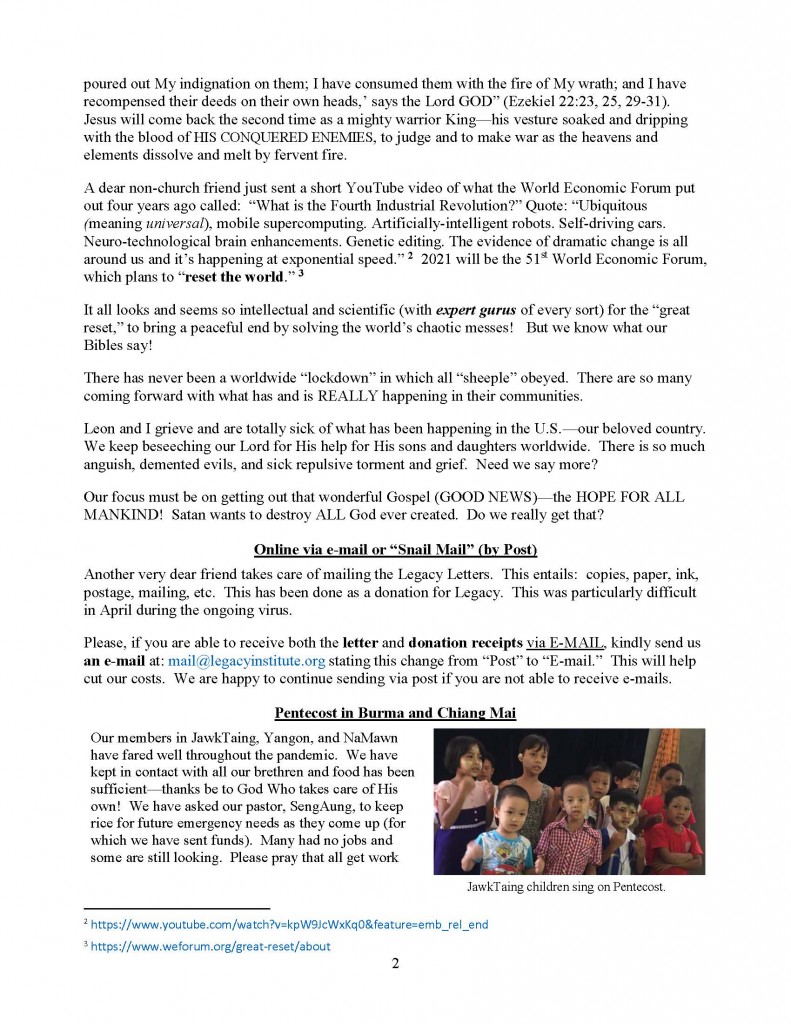 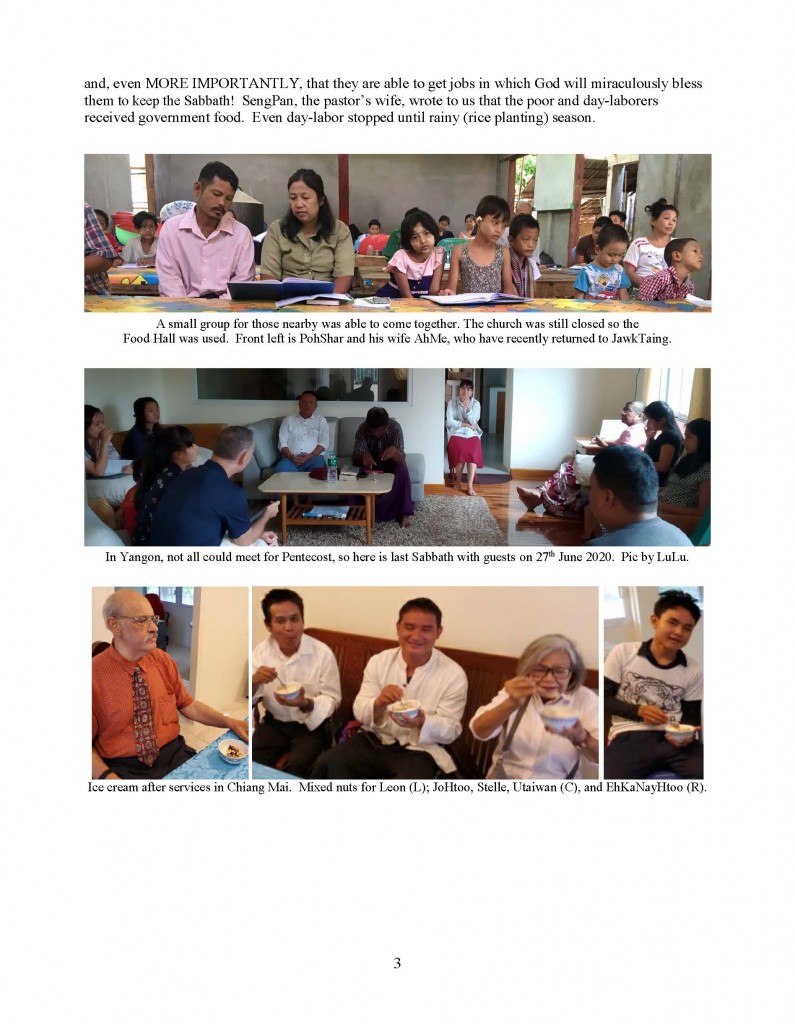 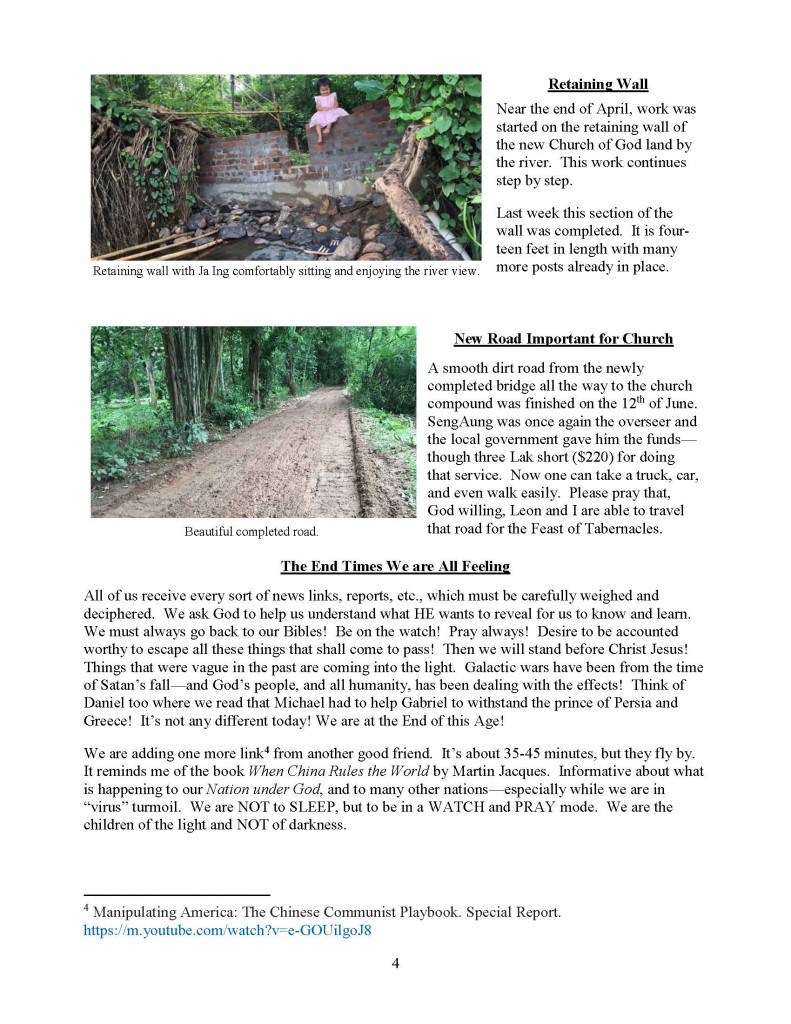 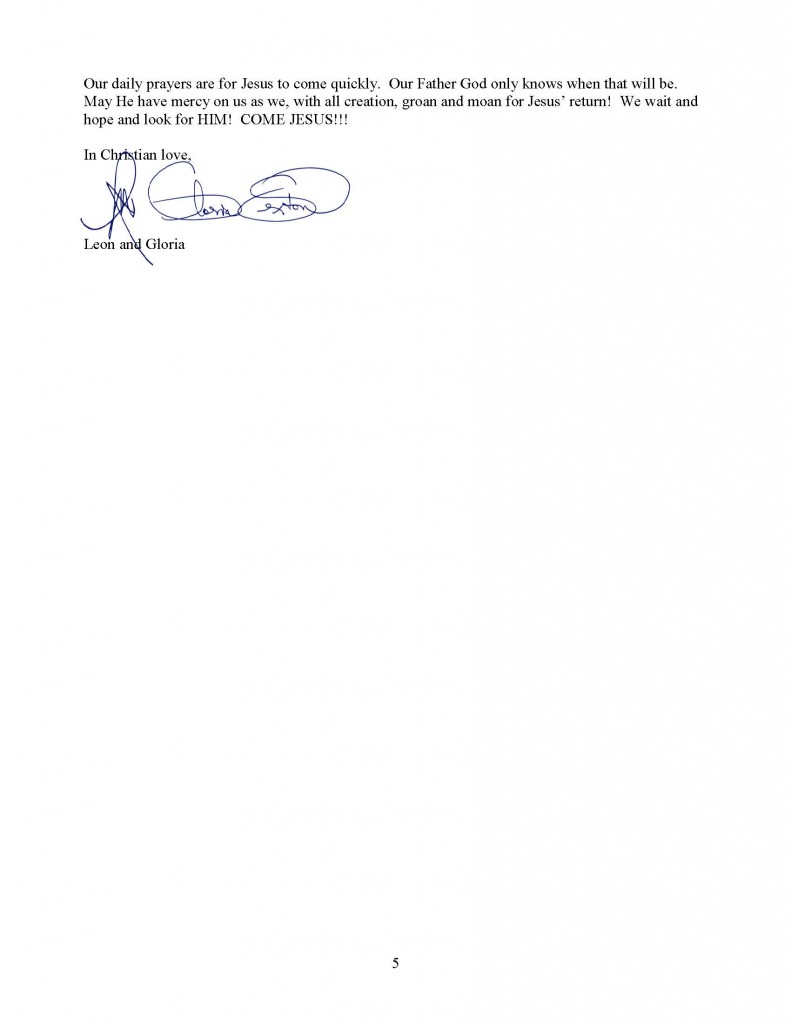 A Journey to Another World and a Sudden Return

“A Journey to Another World and a Sudden Return“

The experience of a Volunteer of the Legacy Foundation during the Covid-19 Outbreak,
written by Leonhard Huett

Lately the news is dominated by the Covid 19 headlines, becoming the predominant topic anyone talks about. Amidst the early stage of the outbreak with not yet too many regulations in place but a wave of panic steadily taking over the global discourse, I set out to experience a whole new world: Myanmar and more specifically Jawk Taing, a small yet idyllic village in the midst of a jungle in the Bago Region, the north-eastern part of the country.

Of course the phrase „a whole new world“ is not to be understood literally but instead rather as a description of my inner sensations and reactions on what unfolded throughout my journey.

This journey started in Chiang Mai, where I live and study. From here on I was able to travel comfortably by plane to the biggest city of Myanmar, at least in population numbers: Yangon.

The busy humming streets of this huge metropolis, its smells, tastes and way of life reminded me in many ways of India. Only that it was not just as intense as its big neighbor, more like an experience of “India lite”, which can none the less be challenging and exhausting to anyone not used to the speed, noise and intensity of this tightly inhabited anthroposphere.

I myself felt periodically lost amidst the street canyons that stretch out over a distance of 576 square kilometers. The only goal that bound me to city: Gaining a non-immigrant o visa in the Embassy of Thailand, a process that was greatly supported by the Legacy Foundation and that would make working as volunteer possibly a lot easier once completed.

Luckily, I didn’t encounter too many hurdles and so I happily received the above-named visa after two visits. I’d describe the overall experience as constructive and pleasant and I never spent more than an hour in the Embassy, on my last visit to pick up the Visa it was rather five minutes.

After that I was free to explore the buzzing city of Yangon.Luckily, I was introduced to Mr. Zin, a close friend of the Foundation and former beneficiary, who was so kind as to help me with the Visa process and further introduce me to the Burmese culture and Yangon’s tourist attractions.

While its crowded streets, strong smells and comparatively high amount of pollution can appear dismissive for curious visitors, the metropolis has also a lot more to offer: It is sprinkled with smaller and greater gems of human architecture such as the very popular golden Shwedagon Pagoda and many of its alike. Another trip worthy attraction is the colonist architecture of the central city. In that area you may find a variety of impressive constructions such as the town hall or the many buildings in the surrounding finance district. But these are unfortunately reserved for the high-income clientele and therefor only admirable from the outside for most visitors and locals.

In total Yangon has a lot to offer in terms of its cultural heritage, the many religious buildings displaying the diversity of beliefs of its population or in terms of the general living standard, the way of getting around, residing and eating.

In this regard I quickly realized that the huge city creates a strong contrast to the urban areas of Myanmar: Around five days after I arrived, I left via bus towards the countryside, more specifically to the small city of Taungoo. On the five-hour ride I was again accompanied by a kind local woman, herself also a friend and former beneficiary of the foundation, which again made the journey quite a bit more pleasent.

Once I arrived in Taungoo the real work was about to start: About half an hour from Taungoo there lays the small village of Jawk Taing.  The two-way road going there was heavenly under construction and at some parts a maximum of 1.5 meter broad, so that the traffic had to evade to the muddy ways next to the street ever so often.

But since I was used to driving in the Indian traffic with a motorbike, I quickly adapted to this one as well. Soon after I found myself driving the way two times a day, in the morning and in the evening just before sunset in order to reach the charming hidden village amidst the jungle.

I arrived on a Saturday, which is celebrated as Sabbat Day for the Evangelists and therefor my very first visit to the town was under the circumstance of visiting the local mess. When I stepped into the church, all heads turned towards me and I couldn’t help but smile, feeling the curious yet kind eyes resting upon me, and with that a certain sensation of excitement rising within me.

The mess was primarily structured by a long preach, which was held in Burmese but the Pastor Seng Aung was so kind as to give us an English translation so we could follow along his thoughts and arguments. It was refreshing to experience belief in such a strong and natural way again and this mess alone already gave me a good amount of food thought.

The celebration was further embellished by songs that were sung by groups of varying ages, from very young children to the village eldest, wo is assumed to be way over 80. All in all it was a very heartwarming welcome and again I couldn’t help but feel like I was in the right place.

We organized and split the following sessions of teachings regarding to age and activity. ‘We’ that means Paul and me. Paul was another volunteer of higher age, who has been to Jawk Taing before and was accustomed to its way of live and more importantly to its inhabitants.

Kindly he introduced me to everyone, showed me around and explained how things worked around here. Looking back I have a plethora of good memories. There was the sensation of something completely new that excited me, the hot weather that I really enjoyed and made me turn brown rather quickly and the aspect that life there was a little different in pretty much every regard, which on the upside forced me to take a step back and reflect over the past and present, as well as the social and cultural structures that I usually consort with.

But the most relevant and brightest positive memory is the one of the kindness and openness of the local people living in Jawk Taing. First there were Sang Aung, the pastor and his wife Sang Ang, who were primarily in charge of organizing the entire education camp. Then there were the children and youth, our students. While it was obviously not always easy to keep control over the five to twelve-year-old while teaching them something valuable and the up to nine-hour long training days could be outmost exhausting, it was these children and teenagers that made the experience outmost favorable once again.

The younger ones found a straight short-cut into my heart with their bright smiles and adoring eyes and (partwise) commitment to learn something, even though we often lacked the proper means of communications.

The older ones on the other side were greatly invested into our learning sessions, participated with an abundance of joy and energy in all learning games and activities. Their energy and sound commitment inspired me again to put many more hours into preparing the next days’ classes long after I returned to my hotel in the evening.

The activities were in general split into four categories: Bible studies, English classes, computer literacy and sport events. Paul and I taught the younger and the older ones in a changing pattern, so that we were more less evenly displayed to each group. In the afternoon, when the intensity of the sun softened a little bit and the children were exhausted by the long hours of mind challenging tasks, we united both groups to advance with the sport program. Paul had prepared a parkour course on a new property that belonged to the church already before I had arrived and we utilized it to line up varying groups against each other and see which group could complete the course the quickest.

For the winners we usually had prepared a little price, like an additional candy whilst the majority of the children, those who didn’t win, would get one less. All these methods served the goal of enriching their competitive spirit and to further keep things interesting and fun.Of course we always made sure the evenly balance all competing groups.

After the parkour we usually went over to a large field to play ball games and finally we refreshed ourselves in the nearby river, that also offered several opportunities to incorporate fun games, such as water volleyball or some version of springboard diving.

I remember these days as exhausting and challenging, yes, but equally as filled with joy and rewarding effort. The time went by quickly and before I could properly realize it, one week had already passed by.

That morning I woke up in the hotel room. Having slept two hours longer than usual I was awake at 8 am and for some reason I couldn’t make up my mind how I would reach the village today. It took me almost a minute, calculating all possibilities, a bus, a cab or someone driving me until I finally realized that I’d to the same as always: I’d take the motorbike that Seng Aung kindly borrowed me and drive myself.

With the only difference, that I wouldn’t. Shortly after waking up I received some message from Bronson Sexton, my so to say tutor and mentor in the Legacy Foundation, that the Burmese Government was taking sudden steps towards shutting down the country because of the global outbreak of Covid 19. This included shutting down all schools and youth programs and therefor ours as well.

Shortly after, I received the news that Thailand was soon to take familiar measures and heavily regulate or cut out incoming travelers. So we made some quick decisions and soon after I sat in a mini van on my way back to Yangon Airport in order to take the next available flight going back to Thailand.

Therefor my volunteering service found an abrupt ending and I never had the chance to say properly goodbye to my students and the other people, who had enrichened my life so much throughout the past week. This circumstance still hurts my heart and I pray that I get the chance to make it right, sooner than later.

My journey back was surprisingly convenient. Even though I had to wait many long hours at several airports I eventually arrived back safely in Chiang Mai the next morning. The major winning aspect to  make that possible was the visa that I received just a week earlier in Yangon, because all incoming travelers with a tourist visa were already blocked. Coincidence, Fate, Luck or Gods foreseeing made one puzzle piece fit into the next one and secured my way back home.

Looking back I must say it was quite remarkable how my sub-consciousness signaled me already in the morning of that very day, that I wouldn’t be able to visit Jawk Taing again. For now at least.

Concluding I must express my gratitude towards the Legacy Foundation just as much as to Paul and all the other people in the village for creating such an impactful yet harmonious project, in which I am blessed to be a part of.

I am already looking forward to returning and to completing the courses with those vibrant souls that deserve all the support that they can get.

Volunteer for the Legacy Foundation